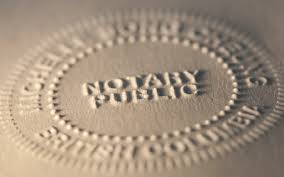 Tribal members living in rural areas of California often find it difficult to travel to larger towns where county and state agencies issue their forms of identification. Now these individuals will be able to present their tribal ID cards as valid identification so long as the card is current or issued within the last five years, contain a photograph, a description of the person, a signature, and a serial or other identifying number such as a tribal enrollment number.

CILS staff are delighted to have supported the passage of this law which now brings California in line with other states who have a large percentage of Native American populations.
“I’ve been a notary public for 18 years working with California tribal communities,” said Sonia Montero, CILS advocate who testified in support of the law. “It is a welcome and useful change. I’m proud CILS played a part in supporting this law and I’m grateful California lawmakers made this a reality.”
https://www.calindian.org/wp-content/uploads/2015/09/CILSlogosquare.png 0 0 Nicole Scott https://www.calindian.org/wp-content/uploads/2015/09/CILSlogosquare.png Nicole Scott2016-09-26 14:51:262016-10-26 16:46:41Tribal Identification Cards to be Accepted by California Notaries Public