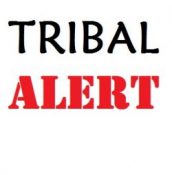 As you may know, the plaintiffs in the Brackeen et al. v. David Bernhardt et al. case are challenging the constitutionality of the ICWA. The Fifth Circuit Court of Appeals issued a majority decision on August 9, 2019, reversing the lower court’s decision that had ruled in favor of the plaintiffs and struck down the ICWA as unconstitutional. Unfortunately, this was not the end of the case.

Shortly after the Fifth Circuit Court’s decision, the plaintiffs filed a request for a rehearing en banc. An en banc hearing is where the entire Fifth Circuit bench rehears a case. Today the Fifth Circuit granted the plaintiffs’ request. This is not surprising to some given the importance of the issues in the case. We remain hopeful that the full Fifth Circuit will uphold the constitutionality of ICWA as the three-judge panel did in its August 2019 opinion.

The amicus (friend of the court) brief that California Tribes and numerous Indian organizations signed when the case was first filed at the Fifth Circuit Court of Appeals will be re-submitted to the Circuit Court in support of the defendants who include the federal government, Cherokee Nation, Morongo Band of Mission Indians, Oneida Nation, Quinault Indian Nation and Navajo Nation.

There has been no date set for the en banc rehearing. CILS will continue to keep you updated with any news on this important case.