California Indian Legal Services filed an Amicus Brief with the Rincon Band of Mission Indians requesting the United States Supreme Court review the National Labor Relation Board’s decision against the Little River Band of Ottawa and Soaring Eagle Casino. The 6th Circuit Court of Appeals upheld a decision invalidating both tribes’ Tribal Labor Relations Ordinance, or TLRO. The NLRB, or Board, ruled that the tribal labor laws were pre-empted by the federal law, the National Labor Relations Act. The specific issue had to do with labor organizing and strike prohibitions, but the larger issue affecting California tribes is whether one agency, the Board, can contradict another federal agency, the Department of Interior, who had approved California tribes’ gaming compacts that included a TLRO as a component part. 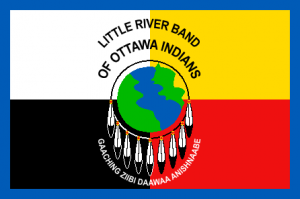 The Amicus Brief, which was filed on behalf of the California Nations Indian Gaming Association (CNIGA), the Southern California Tribal Chairmen’s Association (SCTCA), and the California Association of Tribal Governments (CATG) asks the high court to resolve a split amongst the Federal Circuit Courts. The 6th Circuit ruling conflicts with a 10th Circuit Ruling on the same issue, and changes the test applied in California’s 9th Circuit regarding when a tribal business is a government enterprise or whether it is a commercial enterprise.  Historically tribal businesses have been treated similarly to state or other governmental enterprises, but this decision’s effect cast doubt on the test applied. Moreover, because California’s gaming tribes entered into legally binding compacts with the state that include a model TLRO, the Little River decision potentially places those tribes in violation of their compact if they do not comply with federal labor law.

Without clarity from the U.S. Supreme Court on this question, compliance with the TLROs puts tribal governments at risk of either NLRB unfair labor practice violations because the TLRO directly conflict with the NLRA or in violation of its TRLO and potential charges from California or the Department of Interior for such noncompliance. Application of the NLRA in place of tribal TLROs could also disrupt critical State and tribal government revenues through lockouts or strikes. Because nongaming tribes receive revenue sharing through the RSTF and the state relies on payments for regulation, the impact of the Board’s ruling goes far beyond the 6th Circuit.

If accepted for review the Supreme Court would not hear the case or receive briefing until its next term.