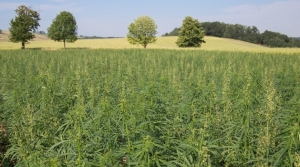 If you aren’t familiar with the term “hemp,” it is technically non-psychoactive cannabis. “Non-psychoactive,” meaning cannabis with a less than .3% tetrahydrocannabinol (more commonly known as THC), concentration. Prior to the removal hemp from Schedule I, done under the 2018 Farm Bill, which requires promulgation of both state and federal regulations, hemp continued to live in a legal gray zone as federal and state law in California were conflicting.

The Farm Bill that was enacted in 2018 amended the Agricultural Marketing Act of 1946 and launched a growing national program. The bill legalized non-psychoactive hemp on December 20, 2018. Still, it wasn’t until October 31, 2019, that the US Department of Agriculture released its long-awaited interim rule for the domestic production of hemp. This rule gave much-needed clarity to the 2018 federal farm bill, giving growers and ancillary business more direction in how the crop will be regulated.

Under the new rule, the USDA can approve hemp production plans developed by Native American tribes. States may no longer prohibit the interstate transport of hemp that has been legally grown under the program, effectively making interstate commerce feasible with regards to hemp and hemp products.  In order to obtain USDA approval, an Indian tribe may submit a hemp production plan that includes, among other things, information about the land to be used for cultivation, procedures for testing THC levels, and methods for disposing of plants that exceed those levels.

Although more than six months have passed since the 2018 Farm Bill excluded hemp from the legal definition of marijuana, a regulatory framework for the lawful marketing of products derived from CBD has yet to emerge. As of now, the FDA has only approved a single drug derived from CBD — Epidiolex, a medicine used to treat seizures. The FDA’s view is that until further testing is performed on CBD products, the inclusion of CBD in foods, drugs, dietary supplements, and pet food… remains illegal.

To see the list of states and tribes which have applied for a hemp license and the current status of licensure, click here.

For information on how and where tribes may submit plans to the USDA for approval, click here.

CILS Board and Staff Retreat Tribal Child Support: The Tribe is Not an Arm of the State’s Child Support...
Scroll to top