Growing up in Southern California, Laura Neacato received her B.A. in Philosophy from the University of California, Los Angeles. Throughout her undergraduate career, she focused on providing education and resources to underserved communities in both Africa and the United States. 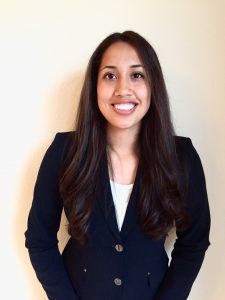 As a recent law school graduate of the University of San Francisco, Laura’s work focused on International Human Rights and Bankruptcy law. As an American Bankruptcy Institute Medal of Excellence Recipient, and a United States Bankruptcy Court judicial extern for the Honorable Elaine M. Hammond, Laura found Bankruptcy as another means to provide access and justice to underserved communities.

Through USF’s International Human Rights Clinic, Laura has advocated on two separate occasions at the United Nations in Geneva, Switzerland as a Frank C. Newman intern and as a Human Rights Advocate representative. She has participated in the U.N. forums for the Expert Mechanism on the Rights of Indigenous Peoples and the Working Group on Business and Human Rights. Through her participation, she spoke for the need for a legally binding instrument on corporations and business enterprises in the extractive industries. Her human rights work focused on Indigenous Peoples from all over the world and the paramount need to protect these vulnerable groups from human rights violations from business, transnational and national corporations.