As 2021 draws to a close, it is time to look back at the last twelve months. If you work in federal Indian law or care about Indian country, there are a number of developments to reflect on. Some changed the political and legal landscape, and a few were major news stories. Many were positive for those concerned about tribal sovereignty. 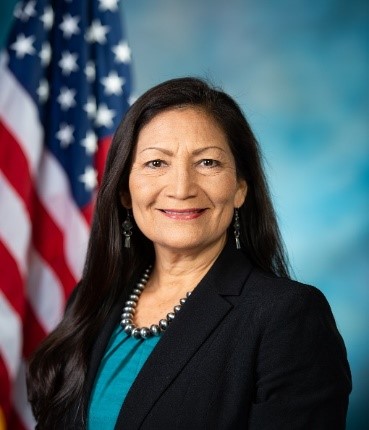 The U.S. Department of Interior (DOI) has a new leader who is already tackling often overlooked issues affecting Indian country. Deb Haaland, a former congresswoman from New Mexico and an enrolled member of Laguna Pueblo, became the first Native American Secretary of the Interior (which includes the Bureau of Indian Affairs) in March and the first-ever Native American Secretary in any presidential cabinet. Since taking office, Haaland has prioritized investigating murdered and missing indigenous women and examining abuse claims in now defunct federally-funded boarding schools.

More recently but less publicized, Charles “Chuck” Sams III became the first Native American Director of the National Park Service (also part of DOI) on November 19 with unanimous Senate support. Sams is an enrolled member of the Confederated Tribes of the Umatilla Indian Reservation with connections to the Cayuse, Walla Walla, Yankton Sioux, and Cocopah people. Sams previously served in the U.S. Navy as an intelligence specialist with experience in natural resource and conservation management. President Biden’s appointments are significant, considering Native Americans now hold two high offices in a federal agency once synonymous with assimilation.

Speaking of DOI,  President Biden restored over 1 million acres to Bear’s Ears National Monument in October, just four years after President Donald Trump drastically reduced the sacred, culturally rich site by a whopping 85 percent. Trump’s 2017 proclamation, praised by local landowners and oil companies and criticized by Indian country, met with lawsuits over whether a president possesses the power to reduce the size of a national monument. Bear’s Ears, which is sacred to the Hopi Tribe, the Navajo Nation, the Ute Indian Tribe of the Uintah and Ouray Reservation, the Ute Mountain Ute Tribe, and the Pueblo of Zuni, all of whom have ancestral ties to the region, remains a lightning rod for the national debate over presidential authority. 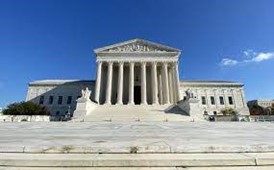 What kind of year-in-review would this be without a few major court decisions? Last term, the U.S. Supreme Court issued a favorable ruling for Indian country in a significant case about tribal jurisdiction. The conservative majority court unanimously held in United States v. Cooley, 593 U.S. ___ (2021) that tribal governments possess the power to temporarily stop, and if necessary, search non-Indians traveling on public rights-of-way through reservations for suspected violations of federal and/or state law. The holding confirmed what many tribal attorneys already believed and reinforced the idea that tribes require such power to protect their communities.

The outlook for Indian law in 2022 is less certain. In April, the Fifth Circuit Court of Appeal issued a 325- page ruling in Brackeen v. Haaland, 994 F.3d 249, holding certain parts of the federal Indian Child Welfare Act (ICWA) unconstitutional while keeping other parts intact. While the Fifth Circuit’s decision has no direct bearing in California, the showdown between pro-ICWA tribes and anti-ICWA states and non-Indians appears destined for the U.S. Supreme Court, which could issue a ruling with long-lasting and wide-ranging impacts on tribes. The Native American Rights Fund has already mobilized tribes to sign an amicus brief framing the history and purpose of ICWA for the justices. Stay tuned for more developments.

On a positive note, 2021 brought much new talent and experience to each of CILS’s four offices, enabling us to serve more individuals, tribes, and organizations in 2022.

CILS Receives Holiday Donation from the Sycuan Band of the Kumeyaay Nation An Overview of Indian Water Rights in California Part 3: Integrated Regional...
Scroll to top