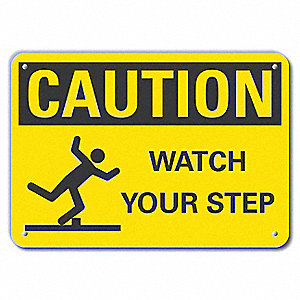 What is a tort? A tort is something someone does or fails to do that harms the person or property of another. Negligence, for example, is a type of tort, as is conversion, making someone else’s property your own. What do torts have to do with Indian tribes? Torts occur every day and everywhere, including on Indian reservations, including Indian casinos. Consider all the possible ways to get injured in a casino, a place full of large, metal machines with blinking lights and zippy sounds, area rugs and mats, cleaning equipment, and patrons maneuvering between a maze of slot machines, shops, and restaurants.

Imagine an Indian casino patron entering a restroom and slipping on the wet floor. Maybe someone forgot to leave out a caution sign. Perhaps there was a sign outside the door, but the patron missed it because he was glued to his smartphone. Maybe the patron ignored the sign because he just had to go. Chances are there will be at least two sides to the story of what happened. Thorough documentation and investigations are necessary to ferret out the truth. But how do you get there? Whatever happened, this is a tort claim the patron will likely pursue, especially if he sustained bodily injury.

The most important thing to know about casino tort claims is that they are governed by tribal law. Even though tribes, as sovereign nations, are protected from lawsuits by a doctrine called sovereign immunity, those with Class III gaming (games of chance, high stakes, etc.) agreed to waive this immunity in compacts made with the state of California. Each tribe with a casino is required to have a tort claim process for injured patrons and insurance coverage. For this reason, gaming tribes have laws specifically for casino tort claims. While provisions vary from tribe to tribe, they all have at least one thing in common: the claims cannot be heard in state courts.

In the case of the patron who slipped on the restroom floor, how would he initiate a claim for monetary damages? First, an injured party must follow the claim process, which usually involves filing a claim form describing the event, the extent of injury, and the amount of any monetary losses, under penalty of perjury within the applicable statute of limitations, usually 180 days. Based on that information and a review of the evidence, the tribe or its insurer will issue a decision about liability. If the claim is denied, the claimant usually has a right to appeal, either by requesting binding arbitration or submitting the matter to tribal court, whichever tribal law allows. That body will make a final decision.

Warning: Tribes should be aware that some lawyers are looking for ways around tribal sovereign immunity. In Lewis v. Clarke, 581 U.S. ___ (2017), the Supreme Court ruled tribal employees are not protected by the tribe’s sovereign immunity when sued as individuals. Citing Lewis, lawyers representing injured parties are filing suits in state and federal courts against tribal employees, including security officers and paramedics.

How can tribes protect themselves? Careful code drafting and vigorous defense of tort claims are key. CILS can help tribes with both and represent tribes and tribal employees in court or arbitration and by staying abreast of developments under both state and tribal law.