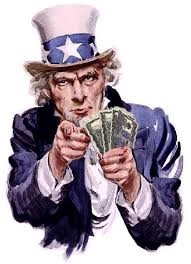 About ten years ago, I attended a social event for young professionals at an upscale hotel in downtown San Diego (back then, I was young). As almost everyone was a stranger to me, most conversations began with introductions and inquiries about our jobs. One man, upon learning that I represented tribes, shook his head and said something like, “sorry, but I don’t think we should give reparations to Indians.” I wondered who he was talking to as no one had mentioned reparations. But his belief, while mistaken, is common. Many people think Native Americans get a monthly government check as some form of apology.

The truth is that Native Americans do not receive monthly checks from the federal government, although many think they should. The United States does not pay reparations to indigenous people as a way of saying “I/m sorry” for centuries of genocide, land theft, and disease outbreaks. There are, however, several reasons why a Native American might receive a check in the mail or automatic deposit. Some specific federal laws authorized one-time payments to compensate Native people for taking land, such as the 1971 Alaskan Native Claims Settlement Act passed by congress to settle all land claims brought against the United States by Alaskan Natives.

Some tribes issue quarterly or monthly per capita payments to their members from the profits of tribally owned enterprises such as casinos. The amount and frequency of these payments depend on several factors, including the success of the business, the overall fiscal health of the tribe, and the tribal government’s decision on whether and how to distribute wealth. Not all tribes have casinos, and some that do still struggle financially. One southern California tribe filed for bankruptcy in 2012 after its casino folded. Non-gaming tribes within the state receive revenue sharing trust payments from gaming tribes and sometimes divide these funds among individual tribal members. Again, the payments do not come from the United States.

Other sources of financial payments include various government benefit programs which have eligibility criteria; it is not automatic, nor is it limited to Native Americans. TANF, or Temporary Assistance for Needy Families, for example, is a federal program designed to help low income families attain self-sufficiency. Individuals with children can apply for TANF funds to supplement their income. Federally recognized tribes can apply to administer and operate their own TANF programs to accomplish one of the program’s purposes for eligible individuals and families. The funds go to families, however, and are barely enough to pay for basic living expenses, let alone support a lavish lifestyle.

The myth of the monthly check could also have its roots in lease payments made to Indian landowners who receive royalties from mining and grazing on allotment land held in trust for them by the United States. This revenue, however, is not a gift, but part of the federal government’s trust responsibility to manage land allotted to Native Americans in the late nineteenth or early twentieth centuries (the allotment process ended in 1934 with the passage of the Indian Reorganization Act). The amount of lease payments depends on the income generated by the land, the owner’s proportionate share, and the terms of the lease.

The bottom line is Native Americans do not get automatic monthly or quarterly checks from the United States government. Maybe they should, and maybe one day they will, but at this time it is merely a myth.