The Indian Child Welfare Act (ICWA) is a federal law that prevents the arbitrary removal of Indian children from their homes by public and private agencies. Congress passed the ICWA in 1978 in response to the alarmingly high rate of Native children being separated from their parents, extended families, and tribal communities.  Designed to “protect the best interests of Indian children and to promote the stability and security of Indian tribes and families” (25 U.S.C. § 1902), the ICWA directs state courts to follow a set of standards and guidelines when an Indian child is involved in a child custody proceeding. CILS represents tribes in state court where ICWA is applicable.

What is the Indian Child Welfare Act? This guide can help you decide if ICWA applies to your situation and explains what your rights are if ICWA does apply.

California Court Guide to Dependency Court – For Parents If CPS took your children, this guide can help you get immediate answers to questions.

Care of a Relative’s Child

Circumstances may sometimes require a parent to leave his or her child in the care of a relative (caregiver). Without a formal court-ordered guardianship, this arrangement can create problems for the caregiver when seeking to enroll the child in school, obtaining medical treatment or applying for government assistance.

California has developed a “California Caregivers Affidavit” that can help the caregiver in caring for his or her relative’s child. CILS has created a self-help guide, which you can find along with the affidavit here: Self Help Caregiver (pdf) In this guide, you will find how to fill out a Caregiver’s Authorization Affidavit form and use it to enroll the child in school and help the child get medical care. You will also find a Jurat Form which will require the signature of a notary.

There tends to be confusion surrounding the application of the ICWA to state child custody proceedings. CILS has drafted an “Indian Child Welfare Act California Judges Benchguide” that addresses the provisions of the ICWA and how the law should be applied in state court. The Benchguide also provides useful information on how, when and where the ICWA applies. 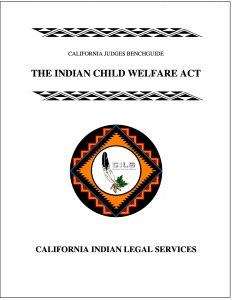 All pages are offered in PDF format and can be viewed using a Reader. To download Adobe Acrobat Reader, click here.

Most parties in dependency cases are represented by appointed or assigned legal counsel, including the social services agency, the parent(s) or Indian custodian, and the child. Only tribes have to find their own representatives. Tribes that don’t have in-house counsel or lack the resources to hire a private attorney often rely on social workers or ICWA advocates to make their case in court (although CILS strongly recommends contacting one of our offices for legal advice as attorneys and advocate can serve different functions). The ICWA Advocate Guide below is intended to serve as a reference tool for tribal advocates in their participation in the dependency proceedings. 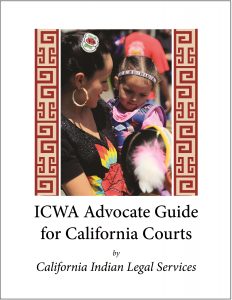 Big Story of the Year

This year, after more than a year of litigation, CILS had a victory on behalf of the Tohono O’odham Nation in an Indian Child Welfare Act (ICWA) case. After a three-year-old tribal member was removed from her mother’s care, the county failed to make active efforts to locate potential relatives for adoption. This resulted in a yearlong postponement of the Tribe’s involvement in the case. It was discovered soon after that the child had an aunt in Utah that was willing to take custody of the child, however the permanency hearing was fast approaching, and the child had already been in foster care for over two years with a family seeking to adopt her. The interstate compact on the placement of children (ICPC) was approved by Utah, but the child’s Attorney argued that she had bonded with the foster parents and it was in her best interest to remain with them and be adopted. Ultimately, CILS prevailed in its position that ICWA presumes it is in the child’s best interest to remain connected to her tribal culture and the Indian family. Desiree is now happy and thriving with her aunt in her new home in Utah, connected to her tribe and culture.

Pictured below: Desiree and Brittany 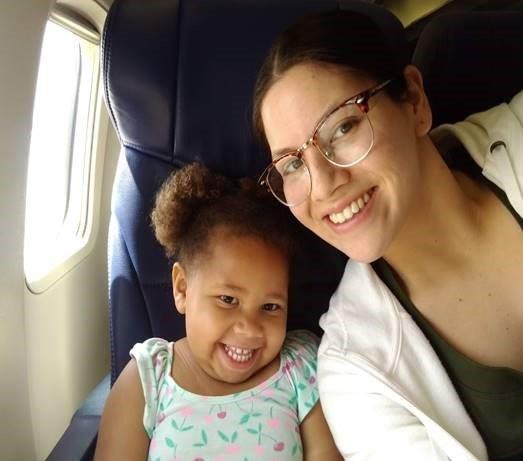