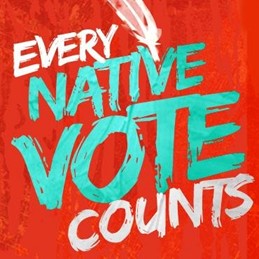 Early November is election season nationwide.  While blatant, state-sanctioned barriers to voting for Native Americans ended more than 50 years ago, many barriers—whether intentional or accidental—still hamper access to voting for many native communities.  In some places, ill-intentioned state legislatures take advantage of structural deficiencies in Indian country to suppress the native vote.  Poor roads, remote residences, and lack of access to reliable transportation, for example, can make it challenging for voters on reservations to make it to far-flung polling places off reservations to cast their ballots.  State mandates that require identification with residential addresses pose barriers to many reservation residents who may not have physical addresses.

Recently, Senator Ben Lujan, a Democrat from New Mexico, introduced legislation, the Native American Voter Protection Act, that would seek to promote and protect the Native American vote.  Some key features of the proposed legislation include requiring that states offer on-reservation early voting, registration, and polling places along with drop boxes for ballots, and that they accept tribal identification cards as a valid form of voter identification.  The proposed legislation also bans states from placing a cap on the number of ballots collected on Indian tribal lands, allowing organizations to help deliver ballots for tribal members on reservations who may live far from polling places and lack mailboxes at their homes.

During a recent hearing of the Senate Judiciary Committee’s Subcommittee on the Constitution, Senator Richard Blumenthal, a Democrat from Connecticut, highlighted that one million eligible Native Americans are not registered to vote.  He described the proposed legislation as a means of imposing accountability on public officials whose actions often have a disparate impact on Native American voters.  One witness at the hearing described a polling official’s decision not to put a polling place on a reservation, as she did not want to “catch COVID on the reservation.”  In fact, COVID-19 case numbers were comparable on the reservation as compared to the broader surrounding communities in which the polling official worked.   Witnesses at the hearing also emphasized the importance of the legislation in light of the Supreme Court’s recent erosion of the 1965 Voting Rights Act in Brnovich v. Democratic National Committee (2021) 594 U.S. ___ and Shelby County v. Holder (2013) 570 U.S. 529.

Unfortunately, due to political gridlock and a deeply divided Senate, on November 3, 2021, a Republican filibuster blocked both debate and a vote on the legislation.  While the Act had majority support in the Senate, the vote fell short of the needed 60 votes to advance over Republican opposition.  Despite the setbacks, one still hopes that in the case of voting rights, as Martin Luther King, Jr. noted, “The arc of the moral universe is long, but it bends toward justice.” 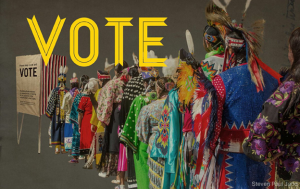 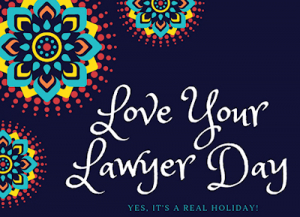 For those who want to make an impact, contact your lawyer and let them know how much you appreciate them for what they do every day. Just one phone call or email can serve as a reminder that their long hours and dedication to justice aren’t without their rewards! You can send us an email at info@calindian.org, and we will pass it on to our lawyers. 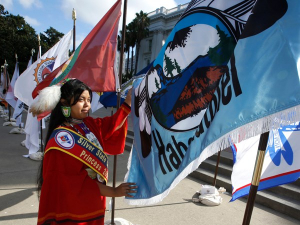 Today on Insight With Vicki Gonzalez, we’re honoring Indigenous Peoples’ Day, the challenges of becoming a federally recognized tribe, the history of two-spirit members within tribal and indigenous communities, and much more. 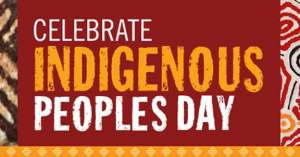 All people can become vocal allies and directly support initiatives that improve the lives of Indigenous peoples today. Here are five ways you can put your money—and your time—into Native and Indigenous communities this year.

CILS has been tracking bills in the California legislature that are relevant to our community. In July 2021, two bills passed that are exciting steps forwards for California tribes:

Now that AB 627 is signed into law, the Judicial Council of California will be creating state court forms that tribal parties can fill out and jointly file to obtain recognition of their Tribal Court family law order by a state court.

Before the passage of AB 1180, any local agency able to acquire and hold land (such as cities, counties, housing authorities, etc.) was able to transfer anything deemed “exempt surplus land” to another local, state, or federal agency. AB 1180 added federally recognized Indian tribes to the definition of agencies who may purchase “exempt surplus land.”

This bill is a major step for federally recognized California tribes, providing a meaningful avenue for acquiring lost ancestral territory. Local agencies must take inventory once a year of any land it holds in surplus. They are encouraged by law to dispose of surplus land by making it available for public entities to purchase through specific procedures outlined in the Surplus Land Act. However, local agencies can also designate land as “Exempt Surplus Land,” which can be bought by a small list of local, state, or federal agencies without going through the purchasing procedures under the Surplus Land Act.

Adding federally recognized tribes to the list of agencies who may purchase “Exempt Surplus Land,” AB 1180 has made it significantly easier for Tribes to buy land from local agencies. Thanks to the efforts of Tule River Tribe, the primary sponsor, and source for AB 1180, the bill was signed into law on July 9, 2021.

Other Bills We Are Watching

The following bills are still in the Legislature, but if passed, will affect California Tribes: