CILS has drafted an amicus brief for an ICWA case currently before the California Supreme Court, In re Abbigail A. This case involves the question of whether a county social services agency has an obligation to assist in the enrollment of a child who is eligible for enrollment but whose parent is not enrolled.

A number of California tribes have previously expressed an interest in becoming a signatory to this brief. Tribes may do so by having an authorized tribal representative fax or email CILS at: (707) 443-8913 or lsvoboda@calindian.org. In order to submit the brief to the Court on time, ALL RESPONSIVE FAXES OR EMAILS MUST BE RECEIVED BY 9:00 AM ON FRIDAY, MAY 1ST.

The children were eligible for membership at Cherokee Nation of Oklahoma. The trial court ordered DHHS to help enroll the children as active efforts. DHHS appealed. The appellate court found that both ICWA and California state law limited the definition of Indian child (member, or bio child of a member and eligible), and if the children did not fit in that definition, the laws did not apply. As such, the rules were beyond the scope of the Judicial Counsel to pass.

If you have additional questions call or email Laura Svoboda at our Eureka office: (707) 443-8397 or lsvoboda@calindian.org.

Through this project, CILS is able to provide victims with a safety plan, crisis intervention assistance, a danger assessment, or assistance in obtaining restraining orders. The goal and objective of the grant is to provide the victims with permanent protection and long term legal relief in the areas of a divorce, child custody and visitation, division of community property and child and spousal support.

We are pleased to have Yvette and Susan on board, and look forward to a productive future meeting the needs of the community.

Click here for a .pdf version of this News Release

On Friday March 6, 2015, on behalf of the Bishop Paiute Tribe, California Indian Legal Services filed a complaint in the California Eastern District Federal Court against Inyo County, its Sheriff and District Attorney.

The complaint seeks a declaration that defendants’ actions of arresting and criminally charging a Tribal Police Officer for carrying out his official duties interferes with the Tribe’s sovereign inherent authority to operate a police department and maintain peace and security on its Reservation. The Tribe also seeks to enjoin the defendants from taking such actions in the future.

This action is for declaratory and injunctive relief by the Bishop Paiute Tribe (“Tribe”), a federally recognized Indian Tribe, against Inyo County, the Inyo County’s Sheriff and District Attorney, for the arrest and prosecution of a Bishop tribal law enforcement officer for performing his duties on the Tribe’s Reservation. The Tribe seeks an order declaring that Defendants are interfering with the Tribe’s inherent sovereign authority to take action, defined by federal law, against non-Indians perpetrators on tribal lands. Federal law establishes that tribes have inherent authority over non-Indians on tribal lands to stop, restrain, detain, investigate violations of tribal, state and federal laws, and deliver or transport the non-Indian to the proper authorities. Duro v. Reina, 495 U.S. 676 (1990), Ortiz-Barraza v. United States, 512 F. 2d 1176 (9 th Cir. 1975). Defendants have arrested, and criminally charged, Daniel Johnson, a duly authorized Bishop tribal law enforcement officer, while he was executing federal prescribed police duties against a non-Indian, on the Tribe’s Federal Reservation.

CILS wishes to express condolences to CILS Board member Hilary Renick whose father, Patrick Dorn Renick, entered into rest on February 23, 2015. Please visit the full obituary for details as to services and condolences for the family. 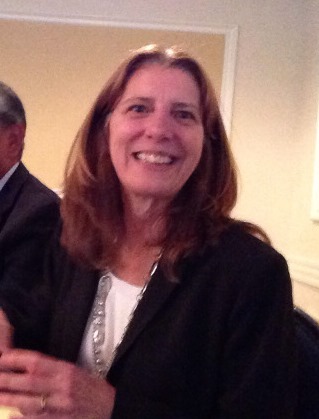