News article about CILS and our work with native high school seniors who are denied the right to wear regalia at graduation ceremonies. 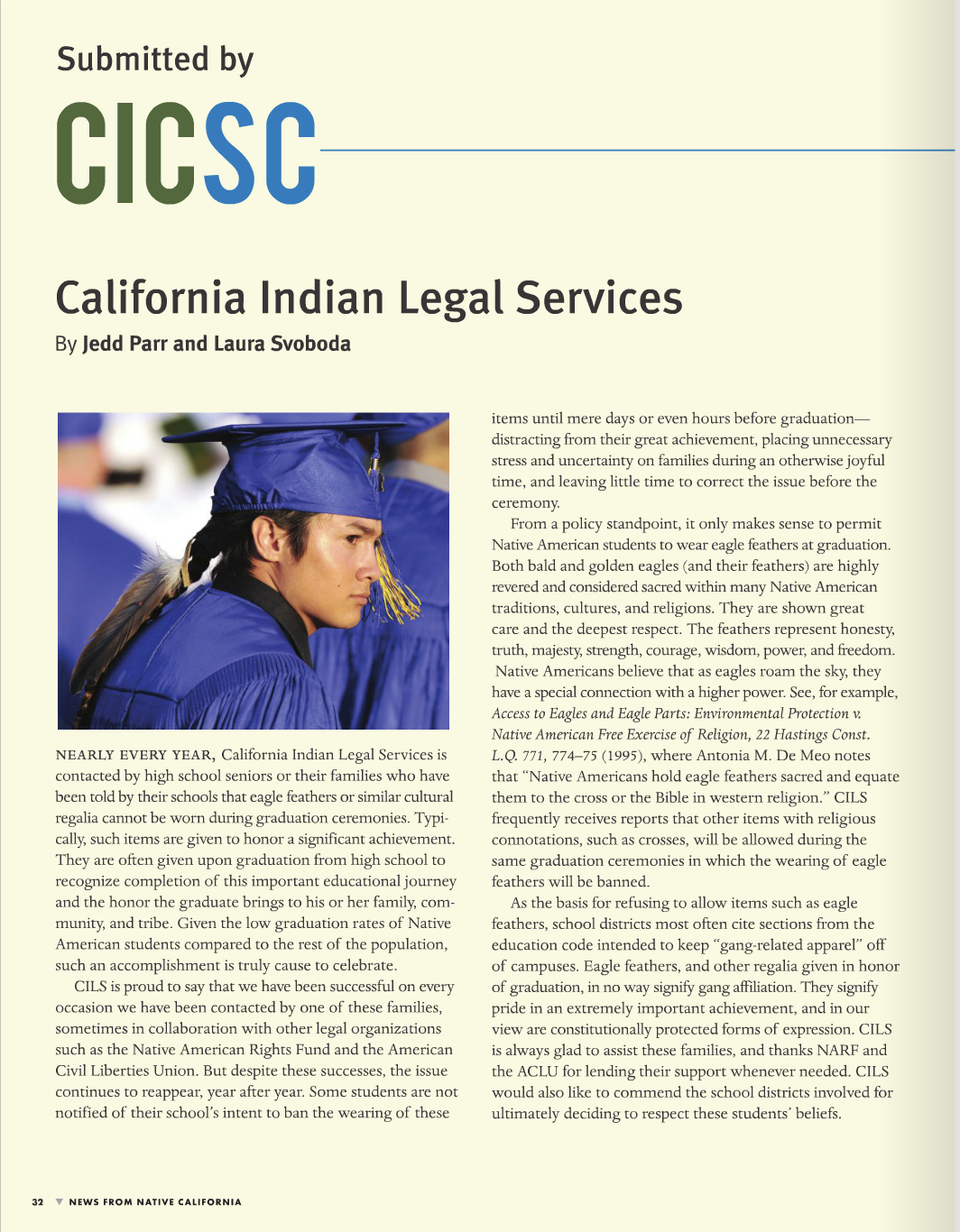 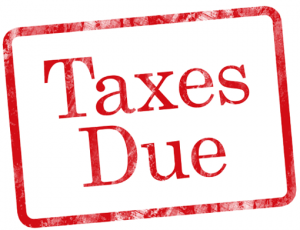 On January 2, 2017, the California Franchise Tax Board (FTB), the agency tasked with collecting state income taxes from residents, introduced Form FTB 3504, Enrolled Tribal Member Certification Form, on its website. FTB Form 3504, which was designed with input from tribal leaders and attorneys, allows tribal members to declare their tribal enrollment status and reservation residency in order to show an exemption from state income taxation. Without the form, the FTB does not always know who does or does not qualify for the tax exemption, which sometimes results in improper and unnecessary state income tax assessments.

Q. How do I know if I qualify for the state income tax exemption?

Q. Is my tribe federally recognized?

Q. What is meant by the phrase my tribe’s “Indian country”?

A. The term “Indian country” is defined by federal law can be found at http://codes.lp.findlaw.com/uscode/18/I/53/1151 and includes:
(1) An Indian reservations—this is all lands held in trust for the tribe by the federal government;
(2) A “dependent Indian communities”—these are federal lands set aside for tribe where serves are provided by the federal and tribal government. They are different than a reservation because the land is not held in trust for the tribe; and
(3) Indian allotments—individual trust lands

“Indian Country” does not include lands owned by your tribe but not in trust (fee lands) or your tribe’s aboriginal lands that are not in trust.

Q. Is FTB Form 3504 required to get the state income tax exemption?

A. No. FTB Form 3504 is entirely optional although filing it may prevent tax errors in the future.

Q. Is there a deadline to submit FTB Form 3504?FTB Form 3504 should be filed for each tax year that you meet the exemption requirements listed above. The form can be filed with your state income tax return by the standard due date or extended

Q. If FTB Form 3504 is not required why should I bother filling it out and submitting it to the state?

A. While no one is required to complete and submit FTB Form 3504, doing so can help you avoid getting unwanted notices from the Franchise Tax Board, even if the notices mistakenly claim you owe state income taxes. Many times tribal members who qualify for the state income tax exemption get taxed anyway because the FTB doesn’t realize they are tribal members living and earning income on their tribe’s reservation. FTB Form 3504 puts the FTB on notice that an individual meets these requirements, thereby reducing the chance he or she is assessed state income taxes by mistake or subjected to an audit in the future.

Q. Do you have an example of what forms a Tribe would create or use?

Q. Who can I turn to if I need help filling out FTB Form 3504 or other questions about the state income tax exemption?

A. California Indian Legal Services can help people fill out of the form and provide more information about the tax exemption. Visit our website at www.calindian.org or call one of our four offices using the numbers below:

For more information about the California Franchise Tax Board, visit its website at https://www.ftb.ca.gov