California Indian Legal Services (CILS) would like to thank all those who attended and contributed to the “Tribal and State Justice Summit” held at the Rincon Harrah’s Casino and Resort on November 18 and 19. 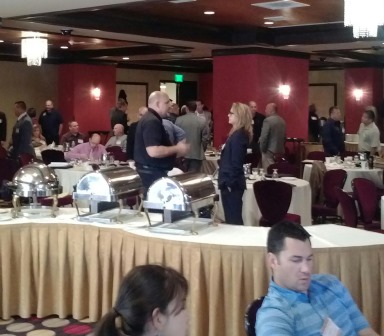 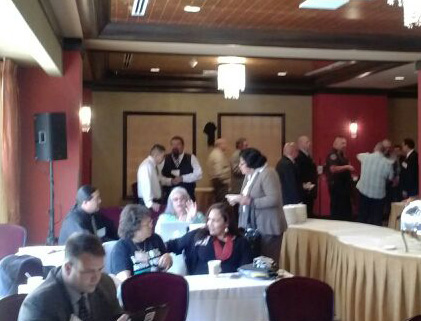 Our goal in holding the Summit was to bring tribal and state law enforcement stakeholders together to share ideas, best practices, and collaborative efforts that are working to protect tribal communities. As law enforcement in Indian Country remains a challenge for both tribes and local law enforcement, we hope to see future gatherings to build on what was shared and learned at the November Summit.

Materials from the Summit will be made available on the CILS website (www.calindian.org) and the California Attorney General’s site (http://oag.ca.gov). A big thank you to all the participants and CILS staff who made the Summit a success!

The Tribal Law and Order Commission has released its 2013 report entitled “A Roadmap to Making America Native Safer.” Preparation of the report is required under the Tribal Law and Order Act of 2010, Public Law 111-211 (TLOA). The report sets forth a number of recommendations that speak to many of the tribal law enforcement funding issues faced by California tribes and other tribes in Public Law 280.

The following are some of the more relevant recommendations:

2. Congress and the executive branch should direct sufficient funds to Indian country law enforcement to bring Indian country’s coverage numbers into parity with the rest of the United States.

3. Tribes would be allowed to opt out immediately, fully or partially, of Federal Indian country criminal jurisdiction and/or congressionally authorized State jurisdiction, except for Federal laws of general application.

5. Funding should be made equally available to:

b) Tribes that contract or compact under P.L. 93-638 and its amendments or not; and

6. To generate accurate crime reports for Indian country, especially in Tribal areas subject to P.L. 83-280, Congress should amend the Federal Bureau of Investigation (FBI) Criminal Justice Information Services reporting requirements for State and local law enforcement agencies’ crime data to include information about the location at which a crime occurred and on victims’ and offenders’ Indian status.

7. Create a federally subsidized insurance pool or similar affordable arrangement for tort liability for Tribes seeking to enter into a deputation agreement for the enforcement of State law by Tribal police;

8. For Tribal officers using a SLEC, amend the Federal Tort Claims Act to include unequivocal coverage (subject to all other legally established guidelines concerning allowable claims under the Act), not subject to the discretion of a U.S. Attorney or other Federal official;

The report can be found at http://web.archive.org/web/20131114162607/https://www.indianlawandordercommission.com/report/. If you have further questions please contact Dorothy Alther, Executive Director, 760-746-8941 ext. 122 or dalther@calindian.org

For a .pdf version of this CILS announcement click here.

Board members are expected to attend four (4) quarterly Board meetings each year; at a minimum three (3) via teleconference and one (1) in-person for the June quarterly meeting (in-person attendance for all meetings is encouraged), attend at least one (1) CILS sponsored event per year, participate on 1-2 Board committees, contribute an average of 1-2 hours per month between quarterly meetings, attend Board development retreats and trainings, participate in annual strategic planning sessions and fundraising efforts, make a personally significant financial contribution each year (100% participation from the board is expected), and actively contribute their expertise to the Board’s important role in CILS’ organizational and programmatic affairs including recruiting new Board members as well as community relations.

The Community Representative positions on the Board are important, as they offer an opportunity to speak to and advocate for the needs and expectations of the communities we serve. Towards that end, low-income applicants are particularly encouraged to apply. Applications are currently being considered for open vacancies and holdover appointments. Applications will be considered on a rolling basis as appointments expire or become vacant. We currently have community representative seats vacant in the northern and southern regions. The Board of Trustees will be reviewing applications for appointment at its December 2013 and March 2014 quarterly meetings.

CILS is an Indian-controlled, non-profit law firm devoted exclusively to the cause of Native American rights. CILS was the first non-profit Indian rights law firm in the country and for over forty-six years, we have provided California tribes and Indian individuals with direct representation, advocacy, public policy, and community-building services. Through free and low-cost legal services on such matters as child welfare, Indian land issues, discrimination, housing, public benefits eligibility, probate, tribal sovereignty, expansion of the Indian land base, and repatriation of sacred items, CILS fulfills its mission to protect and advance Indian rights, foster Indian self-determination, and facilitate tribal nation-building.

CILS has four (4) field offices throughout California. Locations include: Bishop, Escondido, Eureka and Sacramento. The Principal Office of CILS is also housed in the Escondido CILS office. Our Board of Trustees is composed of thirteen individuals: four attorney appointments made by the State Bar of California and nine community representatives recommended/nominated by California Indian tribes and organizations.

All applications will require submission of a letter of interest and resume from the individual. In their letter of interest, applicants should describe not only their interest in serving on CILS’ Board, but also specific skills, experience, or areas of expertise they would bring to the Board. Applicants should indicate the name of the California Indian tribe, organization, or group that would support their application. Prior to appointment, a formal resolution, support letter or similar action from the recommending organization or tribe must be submitted.

If you are an individual who would like to be apply, or you are an organization that would like to nominate an individual for appointment, please contact Patricia De La Cruz-Lynas, California Indian Legal Services, 609 South Escondido Blvd., California 92025; (916) 978-0960 ext. 314. Applications may also be submitted via email to: BoardApplications@calindian.org. Applications will be considered on a rolling basis as appointments expire or become vacant.