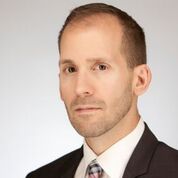 Did you know that California Indian Legal Services defends tribal casinos in slip and fall cases? Under state gaming compacts gaming tribes must carry a certain amount of liability insurance to cover accidents and mishaps that befall casino patrons. Gaming tribes must also have in place regulations governing the tort claim appeal process after the tribe’s insurance company denies a claim. Some tribal gaming regulations, for example, send tort claims into tribal court. Others submit them to arbitration before a third party like the American Arbitration Association or JAMS.

Tribal casinos are important assets. Not only are they investments in real estate and infrastructure, but they also generate revenue that can be used to fund tribal programs like social services, housing, government operations, and elder care. Protect your tribal asset by letting CILS do the work for you. Once a casino insurer denies a claim, there is usually a procedure for the patron or claimant to appeal it. That is when CILS can step in and defend the tribal casino. CILS attorneys conduct their own investigation, engage in discovery with claimant’s attorney, and argue the case in tribal court or before an arbitrator. CILS have a strong track record of getting claims dismissed, reducing exposure to liability, and negotiating low settlements.

CILS also keeps up with critical legal developments involving casino injury claims. For example, in July the Tenth Circuit Court of Appeals held tort claims against the Northern Edge Navajo Casino belong in tribal court because the Indian Gaming Regulatory Act of 1988 does not allow the Navajo Nation to shift jurisdiction over such suits to state courts. The following month the Northampton Court of Common Pleas handed the non-tribally owned Sands Bethlehem Casino in Pennsylvania a loss when it held the casino could not access a claimant’s social media accounts to prove she was not seriously injured as she alleged. With changes in the law coming from so many directions and in increasing frequency, CILS stays apprised of these developments to provide our clients the best possible representation.

Call CILS for more information about how you can protect your tribal assess from tort claims.